If you asked me what part of the Biomedicine course I was excited for- the answer would be, the labs. (To a certain extent)

Today I’m going to be talking more about the general organic chemistry course. More specifically, the labs in the General Organic course (GOC).

Having only had 1 (now 2) courses done in the first semester, I can give you an insight into some of the labs that you would perform in the GOC course.

There are group and individual labs. The following are the group labs:

and the individual labs are the following:

Personally speaking, performing the labs is quite straight forward but there are always lab supervisors who can guide you if you need help. An important aspect in organic chemistry is learning the theory behind the reactions.

Performing the labs and no matter how tedious it sounds, writing the lab report (which I just finished doing an hour ago) actually truly helps understand the theory. 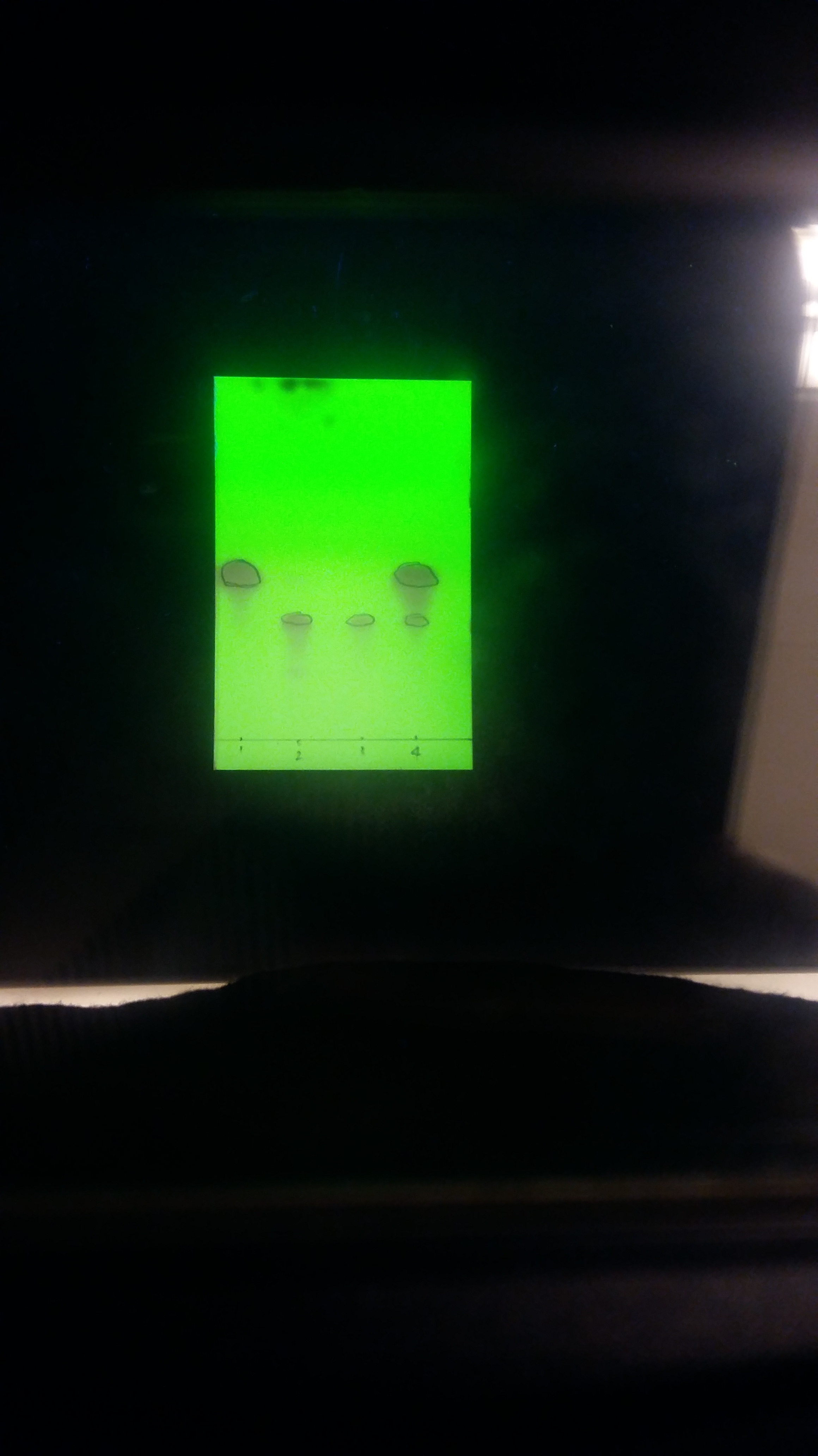 A picture of a TLC plate viewed under UV light

The lab itself is performed either in groups of two and one lab report is submitted. These labs are fun as you get to do it with a friend. The individual labs are where you get to be independent and I believe it helps you learn how to work efficiently! 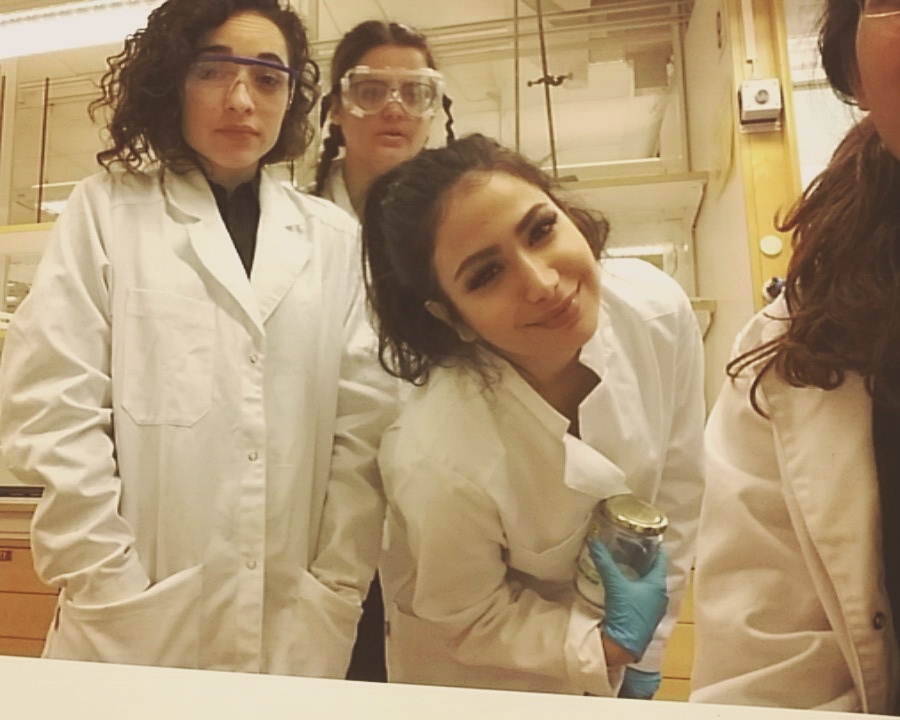 Because taking pictures in lab coats is mandatory.

You learn a lot of basic lab techniques such as recrystallization, reflux, TLC analysis (refer to picture 1) and much more. It is mandatory to be safe  while performing all the labs!

Aside from that, there are always lots of interesting incidents taking place (fume hood leaking water or accidentally pulling the emergency shower chain during the first ever lab tour) or the joy of finding large leaf like white crystals of the product on your filter funnel make it all worthwhile.

So there it is, having done so many labs in such a short span I felt like dedicating some time writing about them would only make sense. And fear not, your first semester in the Biomedicine BSc course is going to be anything but boring!

Send me an email if there are any questions at nishi.dave@stud.ki.se

[…] compulsory and 1 voluntary test right before Christmas break and the final exam. Also, I wrote a blog on the labs that are covered in the GOC that you can check out. Additionally,  we had poster […]

A common misconception people have about me is that I have TONS of intrinsic motivation because I really do THE ABSOLUTE MOSTest with the time I got. Perhaps more than […]

Hello everyone! The Master’s program, and consequently the thesis process, are officially over! Thus, now that I feel I have got a comprehensive idea of the whole process, I decided […]

We, students, sign up the University course primarily to do the study. However, it is always better to broaden our practical knowledge by doing extracurricular activities during the course. This […]