Last week I attended probably the academic and social event of the year – the Nobel Prize Award Ceremony, Banquet and the Student Nobel NightCap (the after party). You’re probably asking: how could I attend? What was it like? Did I speak to a Nobel Laureate? Read on…

The announcements of the Nobel Prize winners take place in early October and it’s really from then that Nobel fever takes hold of Stockholm. There are talks, exhibitions and plenty of events to attend all over the city. They really are worthwhile attending, especially considering most of them are free or great value with student discounts available.

Only students in Sweden that are members of their student union can claim the prize – a ticket to the Nobel Ceremony and Banquet. What may come as a surprise is that there’s a fee to enter the lottery and then you still have to pay for the actual ticket, which comes with a hefty price tag. I appreciate the accessibility and openness in offering students the chance to attend, but the price itself in excess of 3000 SEK is enough to exclude the majority of students. Potentially something to reconsider?

Leading up to December 10

Leading up to the ceremony, lucky winners get notified by e-mail and then comes the part where you scramble for funds. The Nobel Laureates also deliver their Nobel lectures in the preceding week, including at KI for free! There’s a security check to complete and several e-mails with instructions covering everything from the dress code (white tie) to the order of events. This is when it starts getting real!

The Nobel Ceremony and Banquet

It’s an extremely surreal experience. You’re there in the company of the Swedish Royal Family, Laureates, politicians, notable public figures, celebrities and other star-struck guests and aspiring students. Somehow (and this is something Swedes do very well) despite the grandeur you’re not made to feel out of place. It’s as relaxed as it is formal and special. 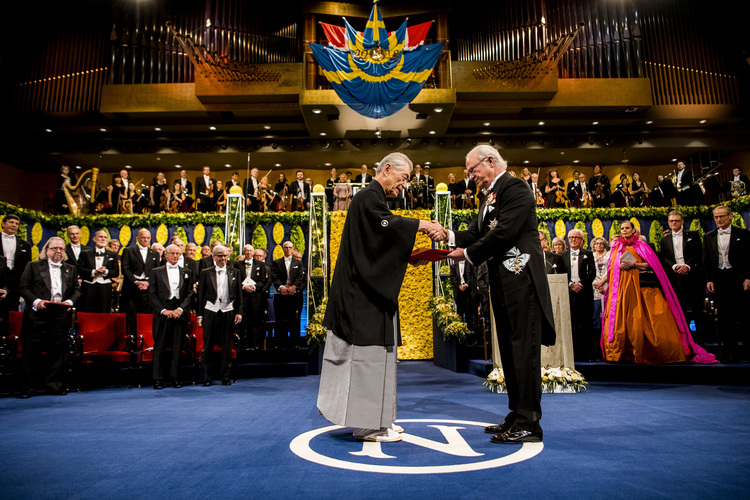 Everything is televised live, so everyone knows who was wearing what and what was on the menu, but it’s no substitute for witnessing and consuming everything for yourself.

The ball that then follows took place in one of the most opulent, gilded halls I’ve ever set foot in – the Golden Hall at the Stockholm City Hall – well worth a visit. 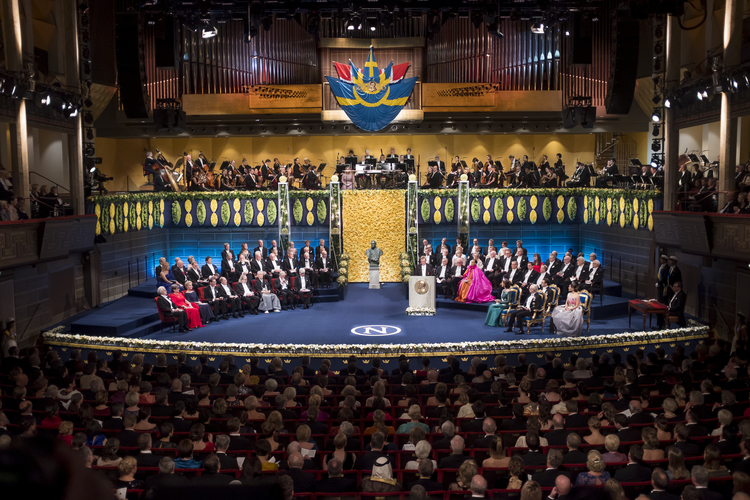 The afterparty is a lavish affair that is organised by one of the four major Stockholm universities annually. It takes place directly after the Nobel Banquet and goes on until way past anyone’s bedtime. The only way I can describe it is, the best university ball money can buy that almost all generations of your family will be attending. That’s all I can say as the team works very hard for the theme to remain under wraps.

Sadly, no photography was allowed! I guess this means you’ll just have to apply to study in Sweden and get the opportunity to attend the Nobel Ceremony, appear on television, speak to a Laureate and rub shoulders with a member of U2.

Alternatively, you could be awarded a Nobel Prize.

Stockholm is known to host a lot of museums from photography, Scandinavian culture, science, art and so on. I have visited many museums in Stockholm; some had a very large […]