How much of a theater play can you get without understanding the lines of the actors? For my birhtday I got tickets for the Royal Dramatic Theater in Stockholm, and I was very thrilled because they were for Hamlet. I had never seen the play before, and I was really looking forward to it when I realized a minor problem: the play was in Swedish. I decided to give it a go, and here are my thoughts about it 🙂

My expectations before the play

I felt that the play being in Swedish was a challenge for me, and I was very ready to face it. After living here for six months I thought I should be able to understand some of the words they said, and I was curious to see to what extent I could follow the play. I’m also a very optimistic person, and I kept saying to myself that if the actors were good they should make the play understandable even for non-speakers of the language.

All my fears arouse when I realized about a teeny tiny detail: what if the lines were in old Swedish? Hamlet was written a very long time ago, and I thought that maybe they wanted to simulate this by using old-fashioned Swedish words. Houston, we had a problem. Understanding nowadays’ Swedish is difficult enough for me, I didn’t want to imagine how that would be. Nevertheless, I was up for the challenge! After having a walk in a sunny morning, I was feeling very energetic and in a good mood, waiting to see what Hamlet had in store for us.

The second I stepped into the theater house I felt confused. The stage curtains were open, and all I could see was a black staircase, as wide as the stage, and made up by at least 20 steps. I had expected that the play would have some kind of atrezzo that would help me to understand it, but apparently the challenge would be bigger than I had expected. There were only 10 minutes left for the beginning of the play, so I killed time by taking pictures of the pastel-coloured paintings of the ceiling and reading the booklet we had been given. 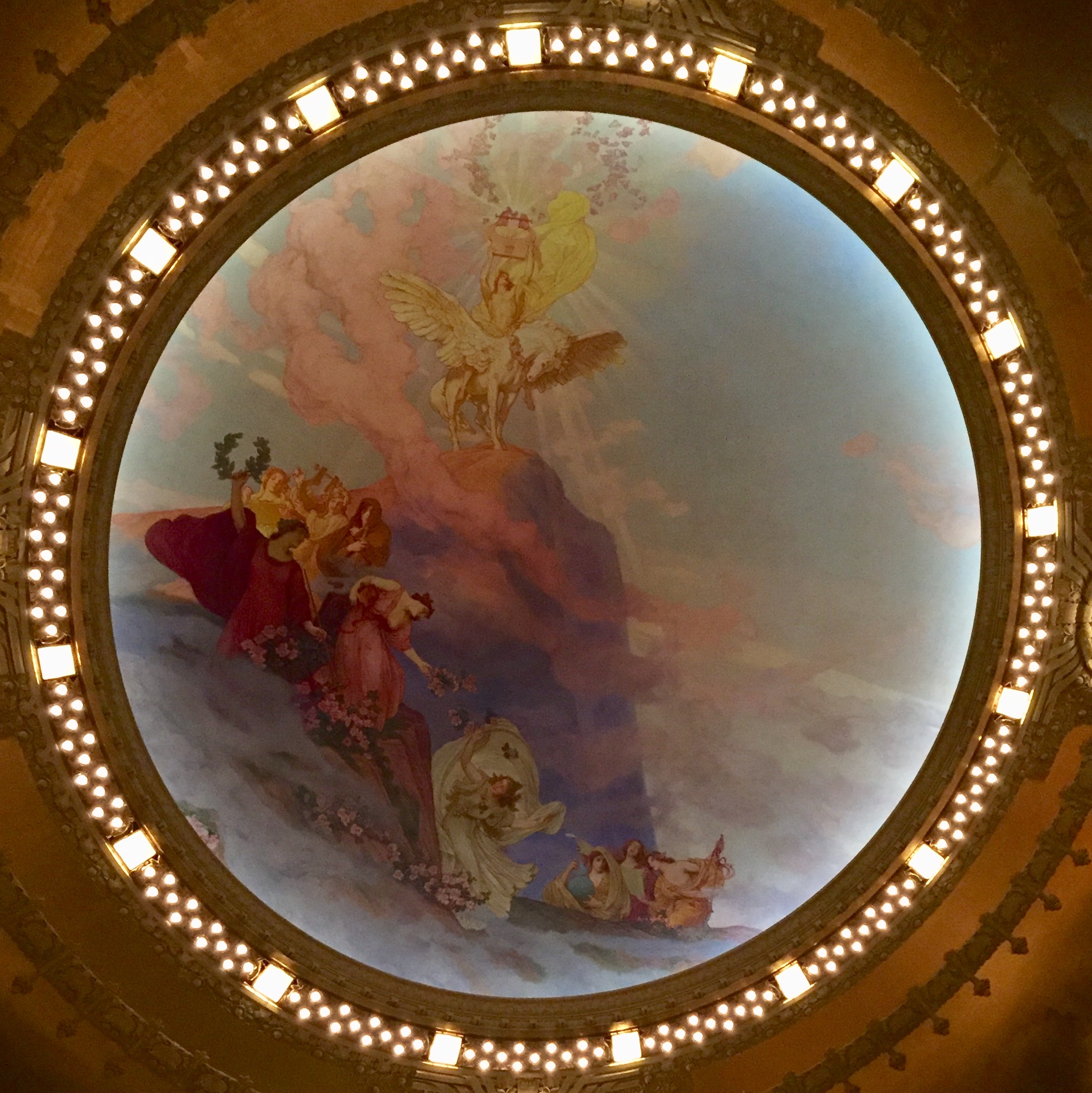 My confusion and surprise just got bigger when the play started. None of the actors were wearing costumes, they just wore plain, grey suits. All of them. It was all very minimalistic. Even the special effects were simple: only some grey smoke appeared to increase the drama of the scene.

Only some of the main characters, like Hamlet, Ophelia or King Claudius were obvious to recognize; but I kept mixing the others. On the bright side, I could understand some Swedish – yey! But the fact that the Swedish word “gift” stands for “poison” and “being married to” didn’t help much, especially because those two are constantly being spoken about in Hamlet!

After the first part of the play – which felt longer than it actually was – there was the interval. We decided to explore the building a little bit, there is a white marble room where coffee and fika is served, it looked very bright with the sun coming though the windows. We also tried to step our game up and review what had happened in the play so far. I had avoided to do this for weeks, I didn’t want to do any spoilers to myself, but the time had come: we needed to read Hamlet’s Wikipedia page. Although the play we were seeing skipped some parts of it, we could grasp the details of the story. Also, we tried to match the actors faces to the characters they were interpreting, to be able to follow the second act of the play.

After the interval, everything became better: it was easier to follow the story, I could distinguish and identify the different characters… It also helped that the play has more action in this part: murders and sword duels are very easy to identify and understand. I felt sad however that I couldn’t barely understand any of Hamlet’s monologues – the actor was perfect for the role. 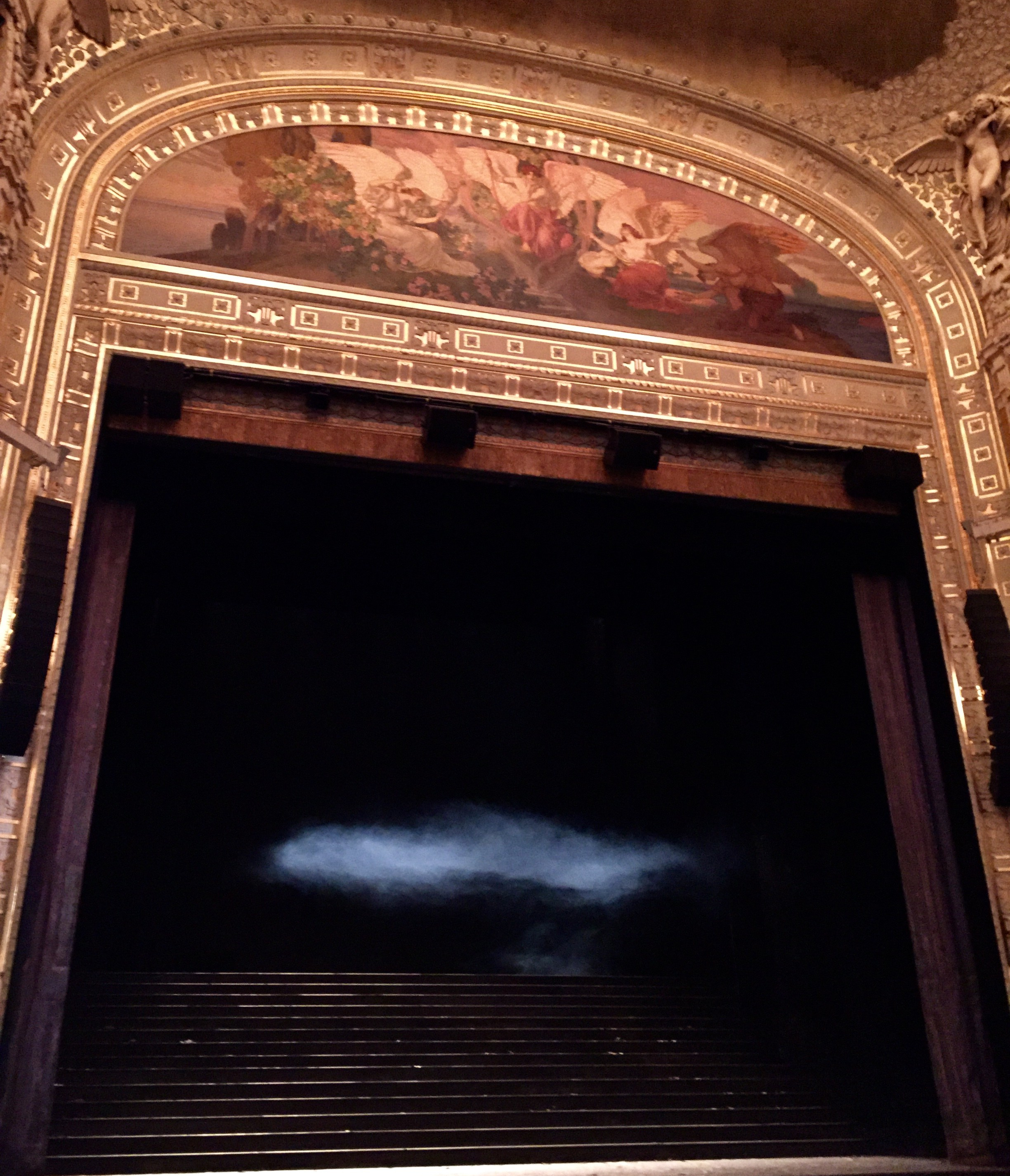 Minutes before the play started. The smokes and the stairs were all the atrezzo used.

When the play finished the public went wild: everyone clapped for several minutes, the actors kept coming again and again to the stage to take a bow… I felt sad because I knew I would have loved the play if it had been in a language I know. Well, I guess that’s another reason and motivation to keep learning Swedish.

Looking back at it I feel grateful I could enjoy the experience, and now I have one more anecdote to tell about my time as a student in Stockholm. However, if I do this again I would make sure to look for more information about the plot beforehand, and also to keep up with the Swedish classes.

The play took place in Dramaten, the Royal Dramatic Theater in Stockholm. It is such a bright building, with a white facade filled with golden ornaments. I especially like it in sunny days, when the sunlight reflects on it. Even if you don’t go to see any play, I would really recommend walking past it. It is located in Nybroplan, and the best way to get there is by walking along Strandvägen, a boulevard and esplanade just next to the water – it’s my favourite place to go for a walk in Stockholm.

Local tip: in the left corner of the main facade there is a statue of Margaretha Krook, a popular Swedish actress of the 20th century. What makes her statue special is the fact that it is at 37 degrees all year-long, so it’s common to see people gathering around the statue to touch her belly. 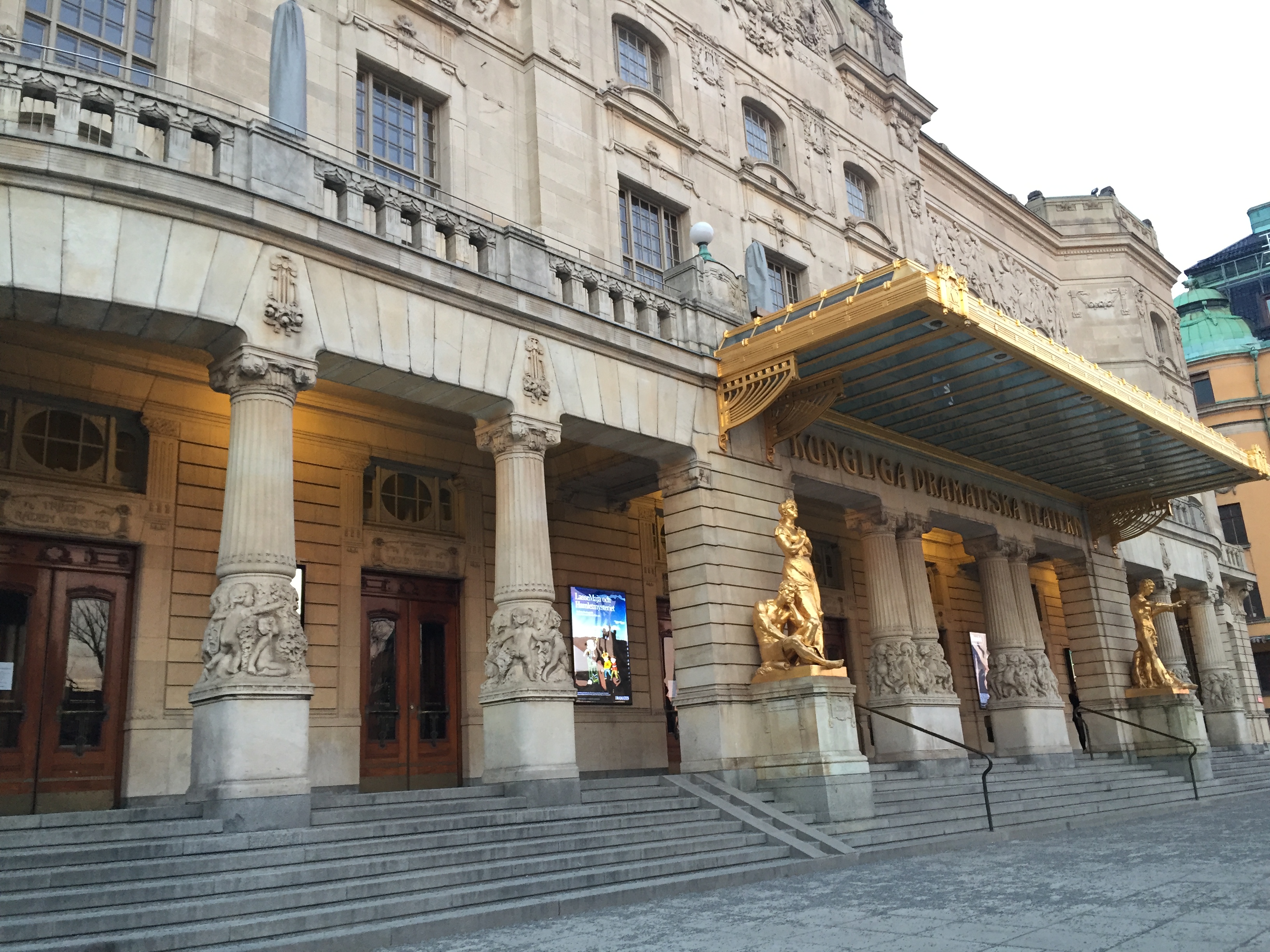 Have you attended any cultural activities in Sweden? How did you deal with Swedish? Let me know.

For any questions feel free to email me 🙂

Since coming to Stockholm I’ve made it my mission to find the most cosy cafes with the best coffee. I’ve listed some of my favourite cafes, which also make perfect […]

Hey hey! This is the last week of the applications period and I am sure that most of you might be thinking about accommodation in Stockholm already. That’s why I […]

It’s that time of the year again. Time for resolutions and getting ready for new challenges ahead. I thought it would be helpful to go through a list of study-related […]