June is the perfect month: school is over (for a while) and I’m rushing North to celebrate Midsommar! This is a Swedish celebration dedicated to the middle of the summer. Wait, what? Middle of summer? Yes, kids. 21 of June is the middle of Swedish summer. Welcome to the North. Apparently, there are just 21 more days are left 😀 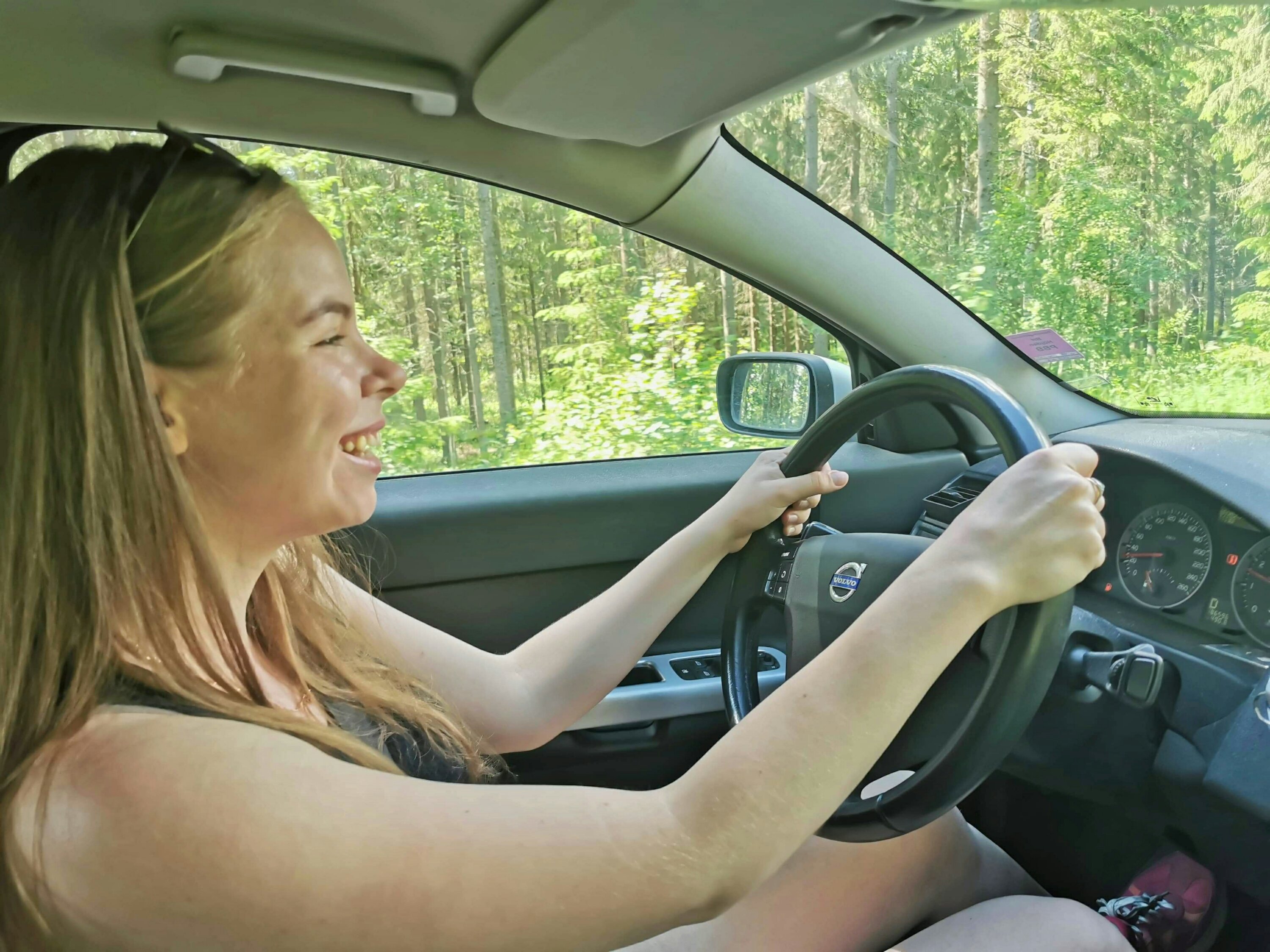 Driving in Sweden – fake it until you make it

And here we are driving up to the north, full of hopes and expectations to see the maypole, eat enough herring and observe the longest day of the year. What I already know about Midsommar is that it began around the 15th century but mostly this celebration was made for youngsters to get to know each other. However, nowadays, I guess, it’s one of the main national celebrations! Although the actual National day or the day of the national flag was on 6 June, some Swedes claim that Midsommar is the actual national day =)

One of the most entertaining things for me is a Midsommar pole erection. The pole originally came from Medieval Germany and is decorated with leaves and flowers. It symbolizes the prosperity of the nature and probably the fertility. People start their day off with flower picking and collecting tree branches for the pole. 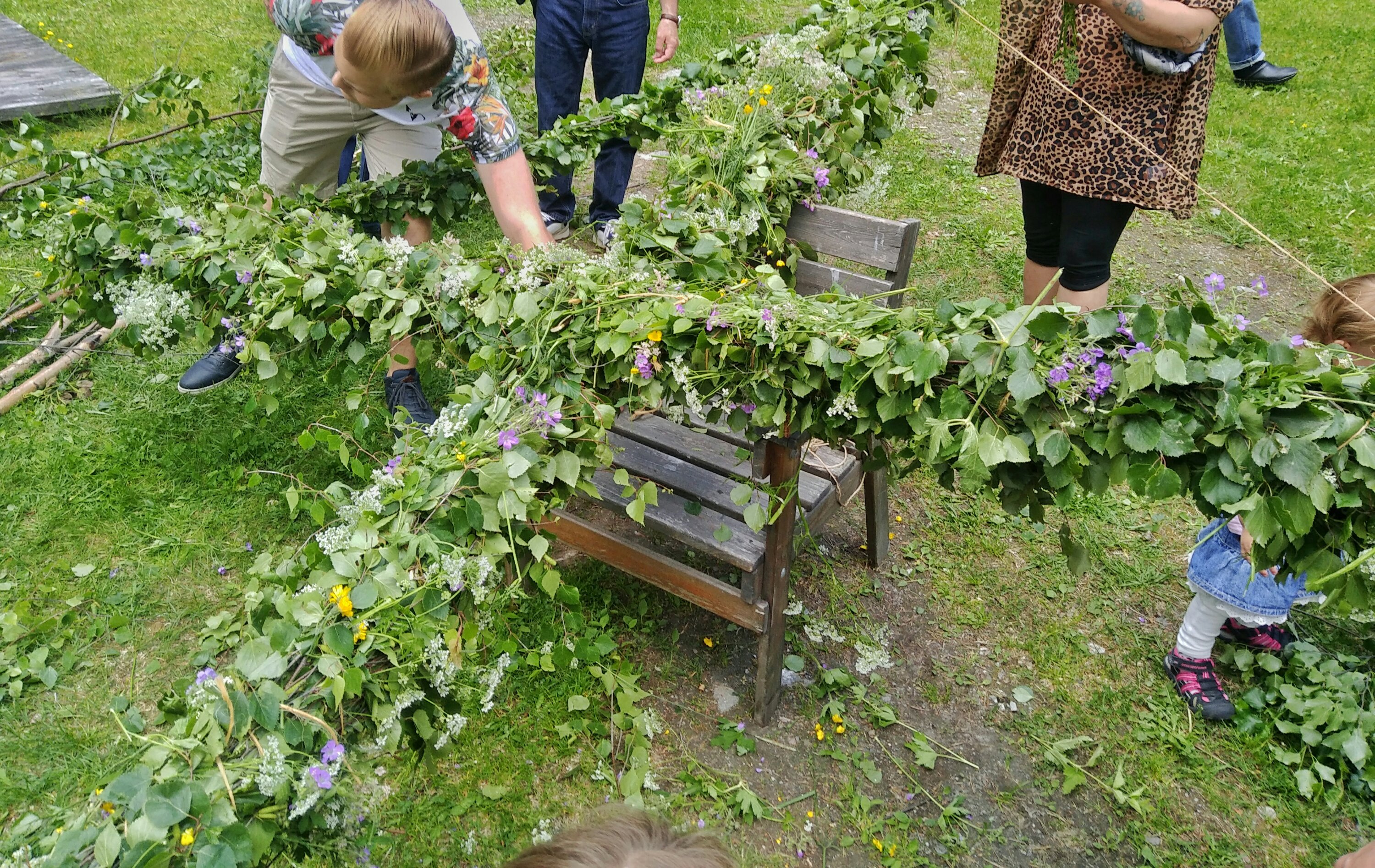 Maypole in the making

Except being a symbol, the pole also aims to bring people together for dancing! There’s usually a musician and some singers who sing Midsommar songs, so kids with their parents can dance, and sing in a circle about pigs, frogs (Små grodorna, a dancing game in which people of all ages hop around the pole while singing about little frogs. The goofiness is part of the fun!), a priest’s crow and others. For next summer I’ll learn them but, apparently, the only excuse for an adult to dance in the circle is to have a kid, so I might borrow someone’s (any volunteers?). Honestly, dancing is super fun, you can check KI students account on Instagram for it and our ambassador’s outfit. 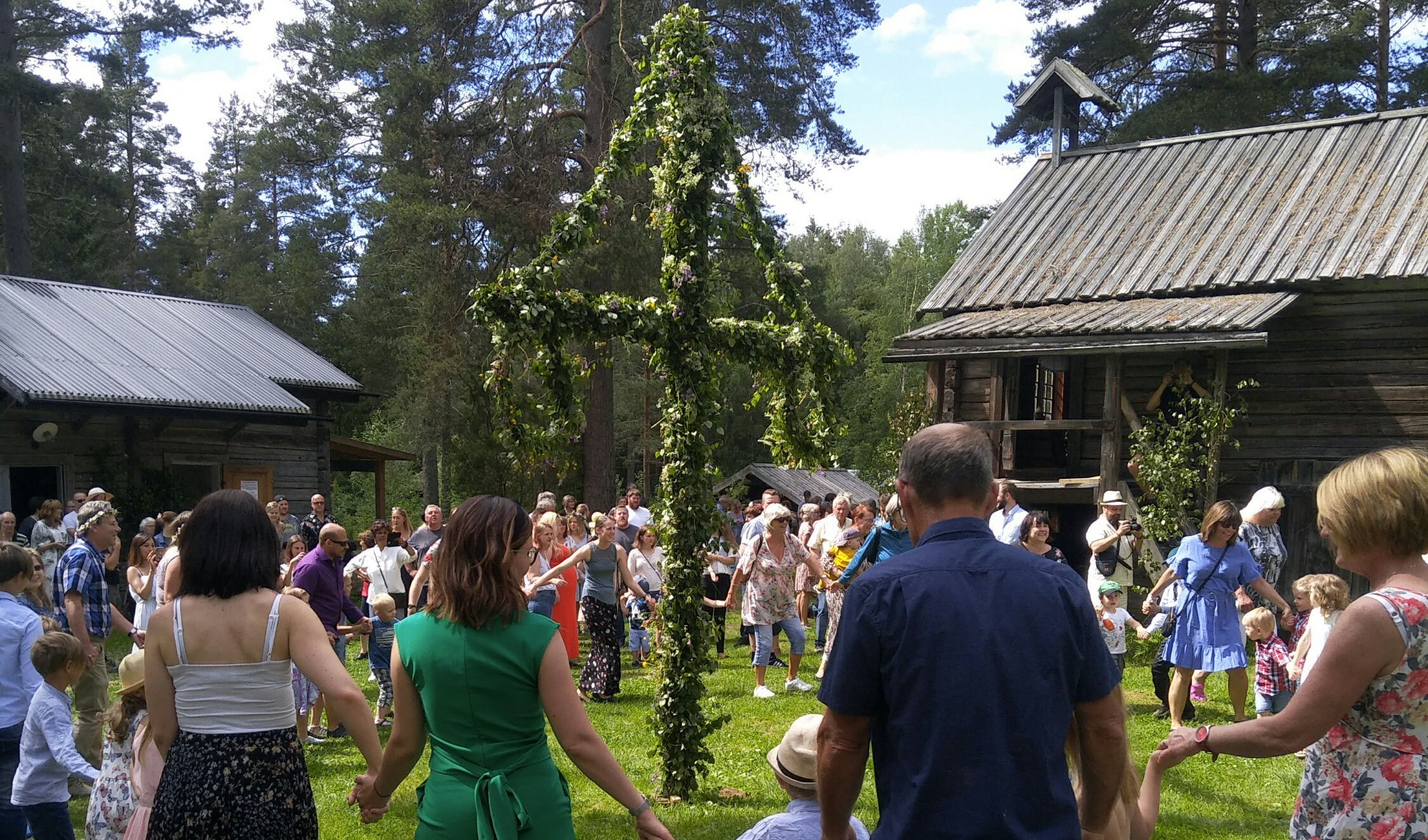 Traditional dancing around the pole

Another tradition is to pick flowers to see your future husband. As folklore would have it, the evening before Midsommar night, the girl should pick 7 different types of flowers in silence and put them under her pillow to dream about her future husband. And that’s not a problem since there is a polar day in the North – sun never sets down! You can basically read outside and don’t need to turn on the lights in the house. That’s why we spent the night in a cabin even further – in the mountains. 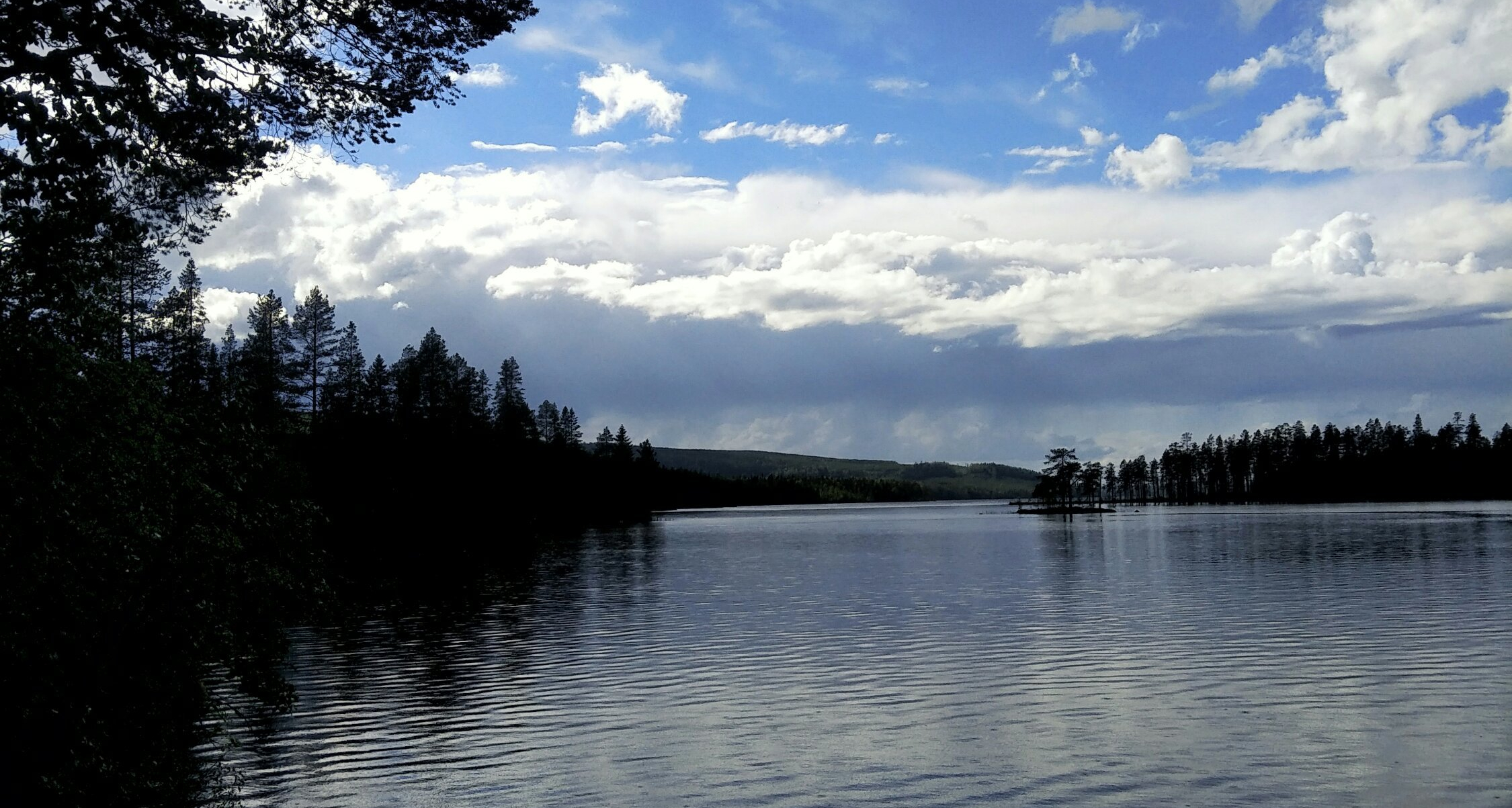 Lake in the mountains near the cabin

As a Russian I’m used to saunas and I really enjoy it, but a 90 degree sauna with beer steam was a bit too much even for me =) So, a short swim in a mountain lake was a nice relief after that heat! Honestly, if you’re not used to this kind of temperature, please, be careful since you might faint. Otherwise, jump in the cold water naked and feel alive!! But Midsommar wouldn’t be proper if there wasn’t any rain. And since I’m the queen of luck it started to HAIL when we were melting in the sauna. How do you like a lake cooled with some ice? =D 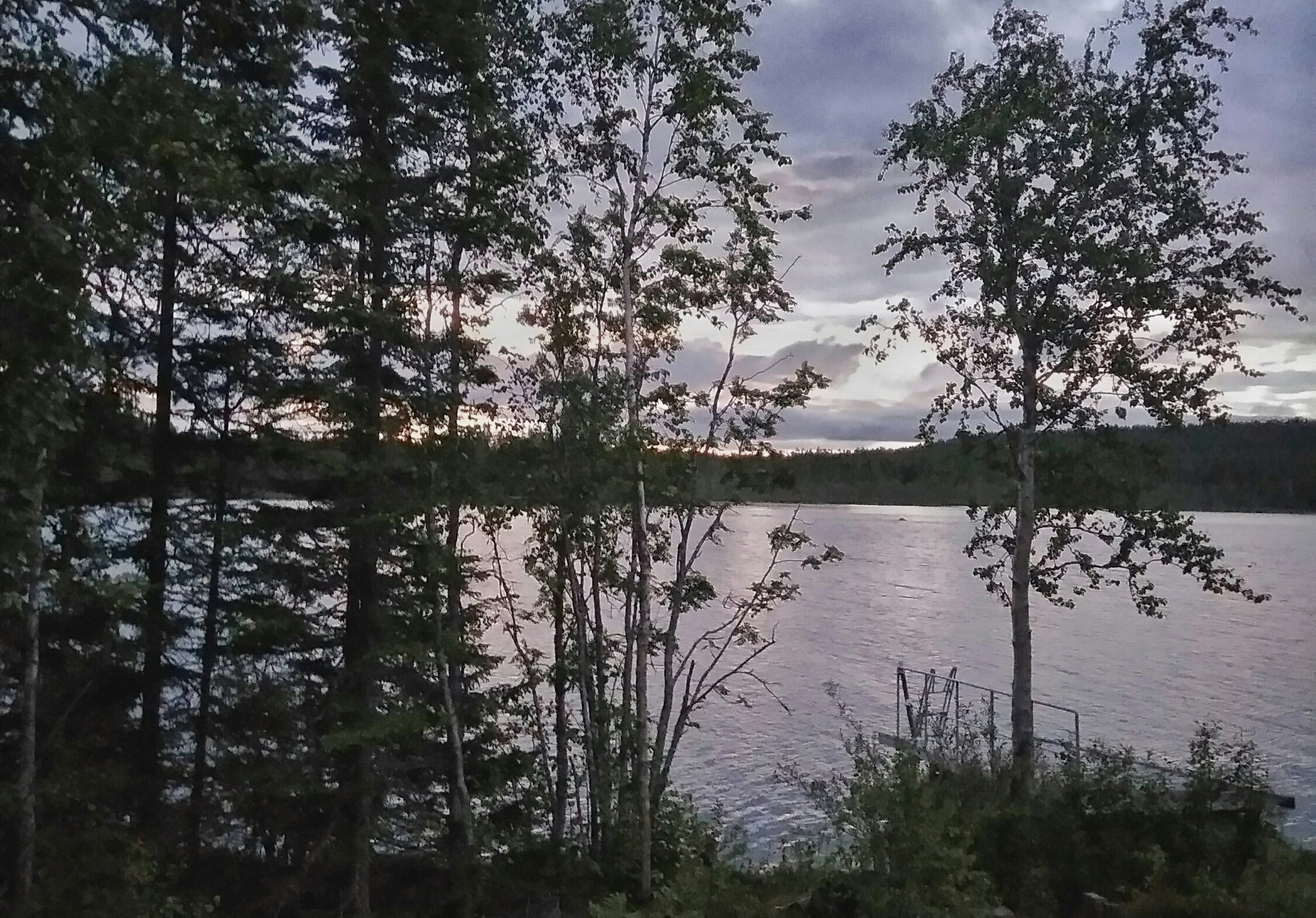 Midnight swimming after the hail

Midsommar lunch is possible to make in any place in the world as long as you pick the right food. You’ll need pickled herring, boiled potatoes, sour cream with dill or green onions aaaaaaaaaand strawberries! We also had smoked salmon and Västerbottensost pie – amazing cheese pie that melts in your mouth…. 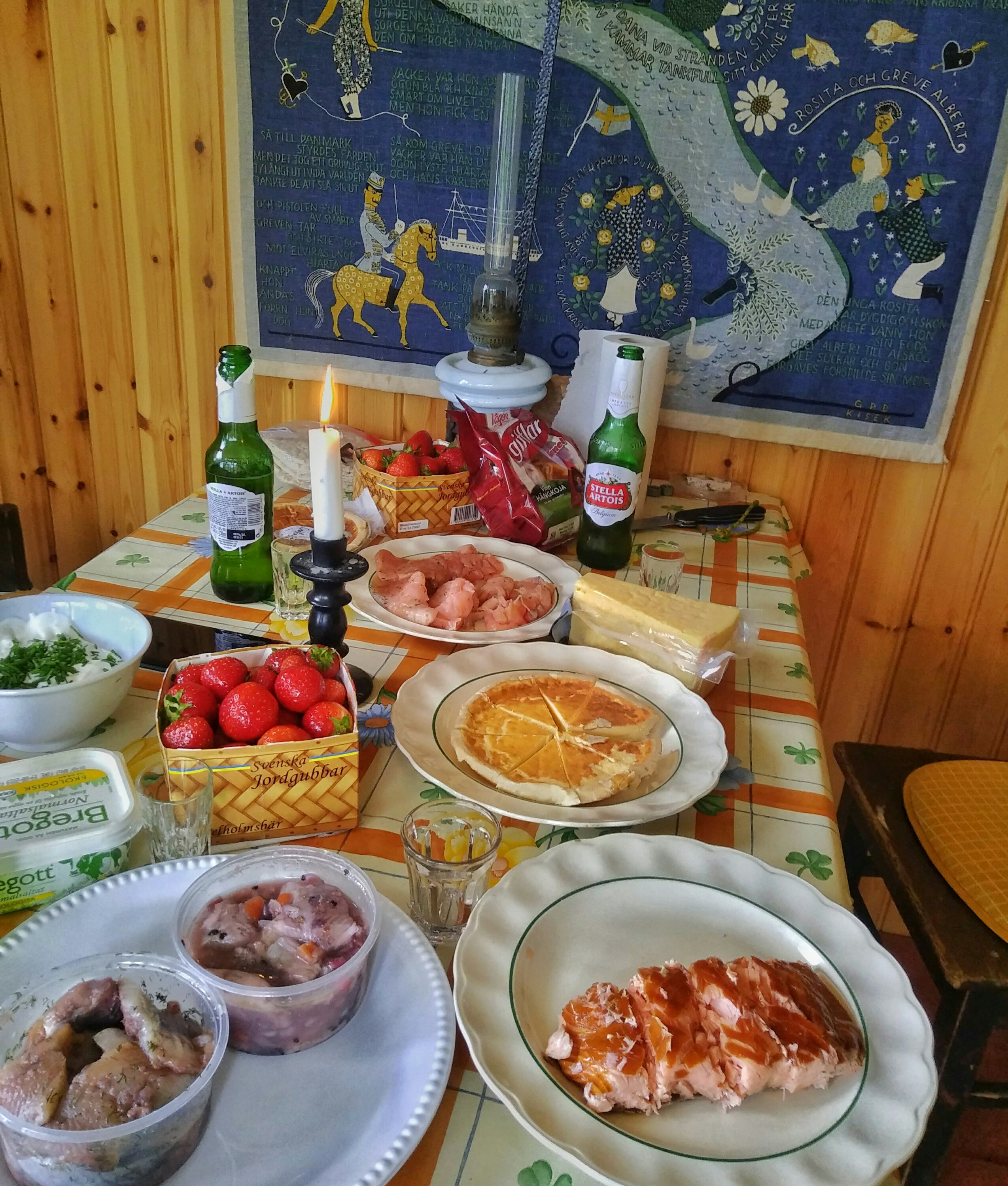 Without the fridge we had to finish all the food!

Sweden has a lot of drinking traditions. Basically, every occasion has it’s own songs which you are expected to sing before taking a sip. And don’t forget to say “Skål!” at the end of the song! One of the traditional drinks is schnapps – a strong herbal drink, which hits you hard in the morning if you drink too much =) There are many flavours, so we picked a pack of them in order to try different ones. 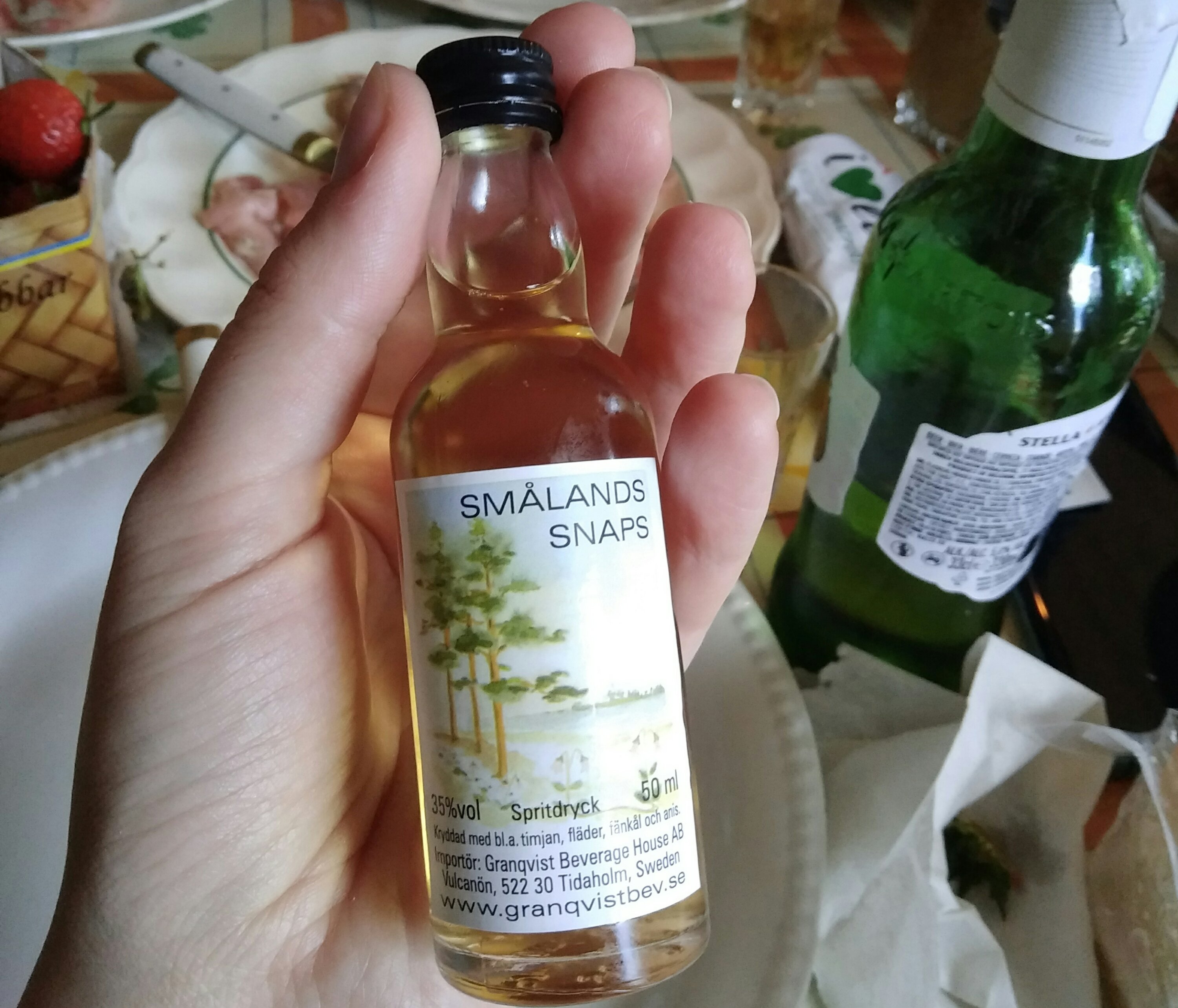 I think from now Midsommar is one of my favourite celebrations! And there are many ways to spend it in any part of Sweden. Either in Stockholm or in the tiny village it’s going to be super fun and entertaining celebration! 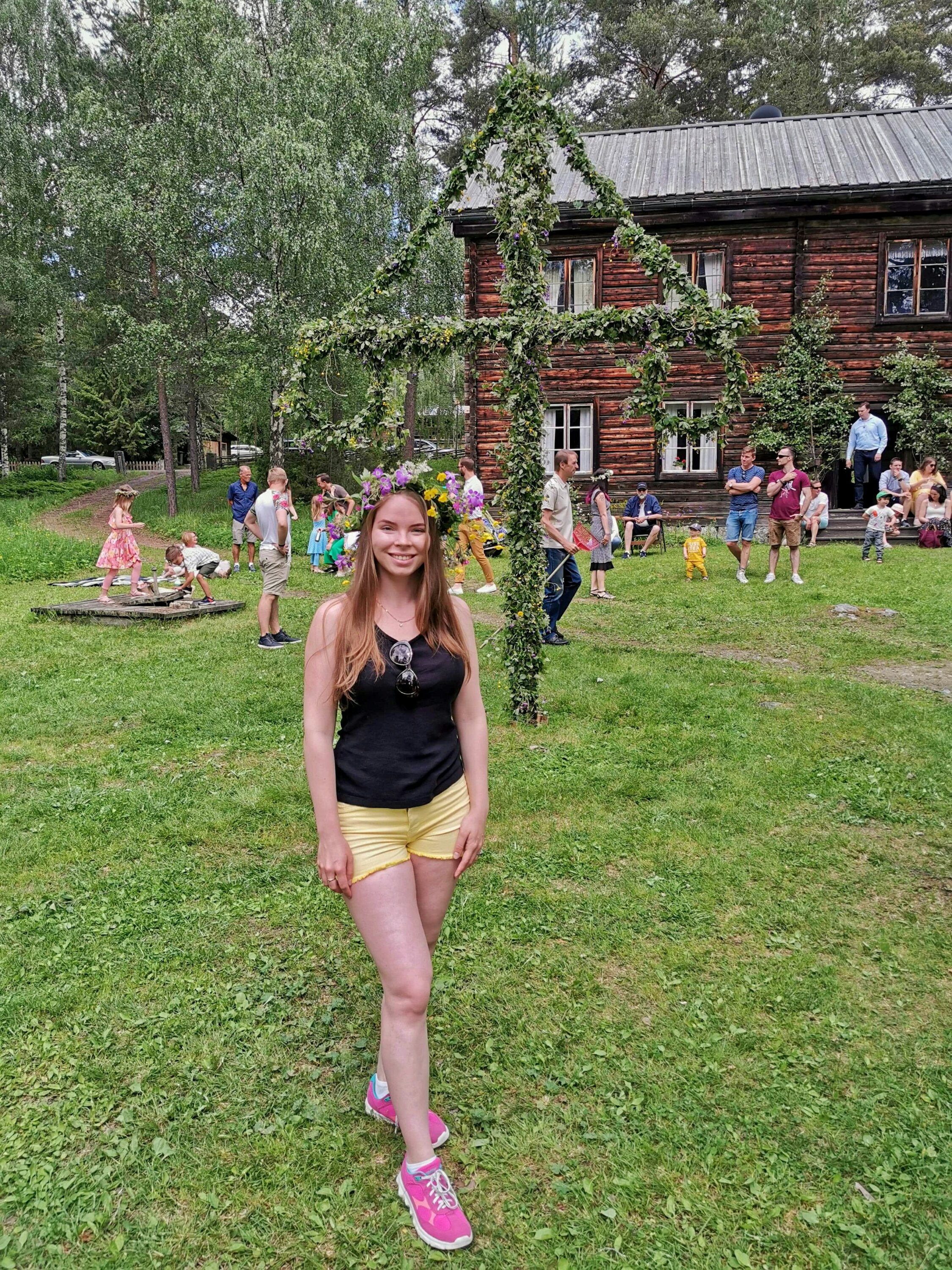