In my previous blog, I told you about how my colleagues and me entered a health hackathon competition by submitting a project which was largely based on an assignment task at Master in Health Informatics programme. “Veni, vidi, vici” is the phrase that I expected to deliver to you now, however life sometimes puts us in different directions, so only “veni, vidi” (we came, we saw) and without the “vici” (we won) part. But still, the experiences that we got from the event is something that I think valuable for sharing.

The Nordic Health Hackhaton was a 3-day event, with the main competition event was held in the second and third day. We participated in the one held in Helsinki on March 29th to 31st. One major factor that drove us to attend the competition was that our team qualified for the reimbursement service provided by the event organizer, which means that our transportation and accommodation expenses were free of charge.

We arrived quite early at Helsinki in the first day and in order to do that, we had to skip our computer lab session in the Data Science course. Now that I am writing it, I found it to be worthy when considering the overall experience we acquired from the event. However, I do not promote the idea of skipping class, even when it is not a mandatory session.

The participants of the competition were invited to the Icelandic-Ambassador-for-Finland’s residence. There we listened to the opening speech by the ambassador which he stressed about how the event could be held in a continuum to support the healthcare innovations in the Nordic region.

Aside from the formal event, we took our time too for some sightseeing and enjoying Japanese cuisine in Helsinki. 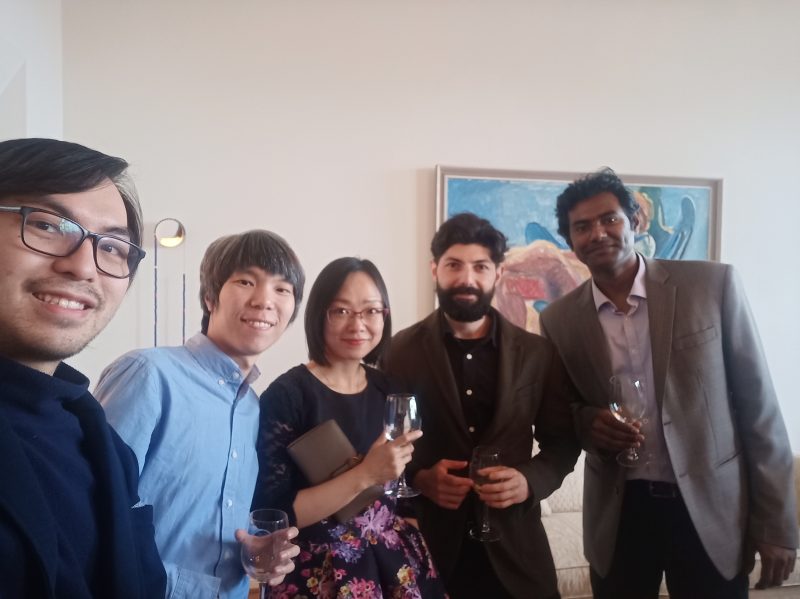 So, this was the main purpose of us visiting Helsinki. We arrived at the venue, in Terkko Health Hub, along with around 70 other participants, registered, grab our free T-shirts and some stress channelling tools, not forget the free-flow snacks and drinks also. As every event, it was ceremonially opened by the organizer and several sponsor’s representatives. The participants were divided into 16 groups, each consisting of two to a maximum of five members. We had already registered as a group, so we did not went to the process of group formation anymore.

Then, we were dismissed and allowed to start developing our own project. Because we already had our project concept, we could directly divide our tasks. Some would work on developing the high fidelity prototype and some would work on the materials for the pitching session.

Some of my group members, including me, did not have any experience in coding before. So, the event really put us into experiencing the intensive hands-on experience in coding provided by the team members who had been a programmer. Eventhough the event did not instantly transform me into a coder in a night, now I have the encouragement to seek further knowledge and skill in this area, hopefully I still have the time and energy to manage it. We were ought to work 26 hours to finish and submit the project. 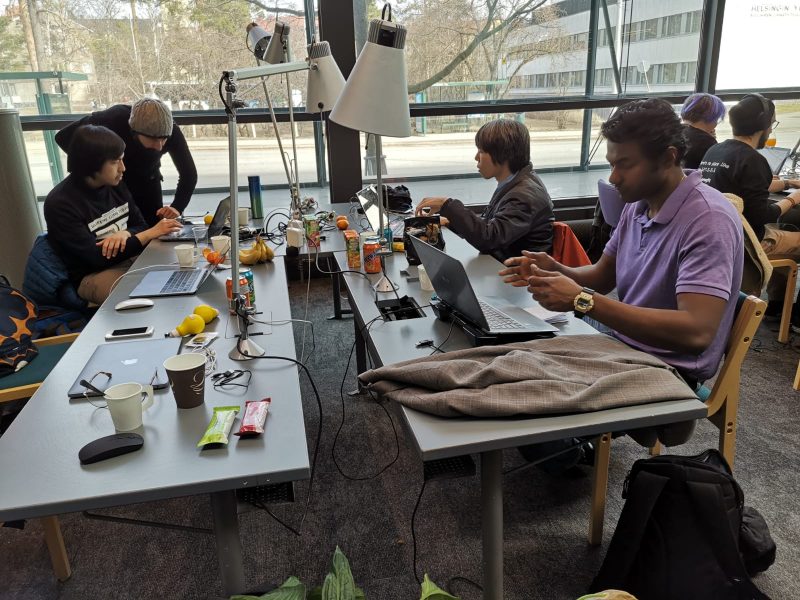 After the deadline for submission was passed, then it was the time for pitching. Every group was given 3 minutes to pitch the project in front of the judges, coming from business consultant, healthcare providers, and computer scientists background. The organizer was highly strict in term of the allocated pitching time. Some team would immediately cut off from their pitch when the limit of 3 minutes was already reached. After that, each went into 2 minutes of Q&A session, which was also very time restricted. 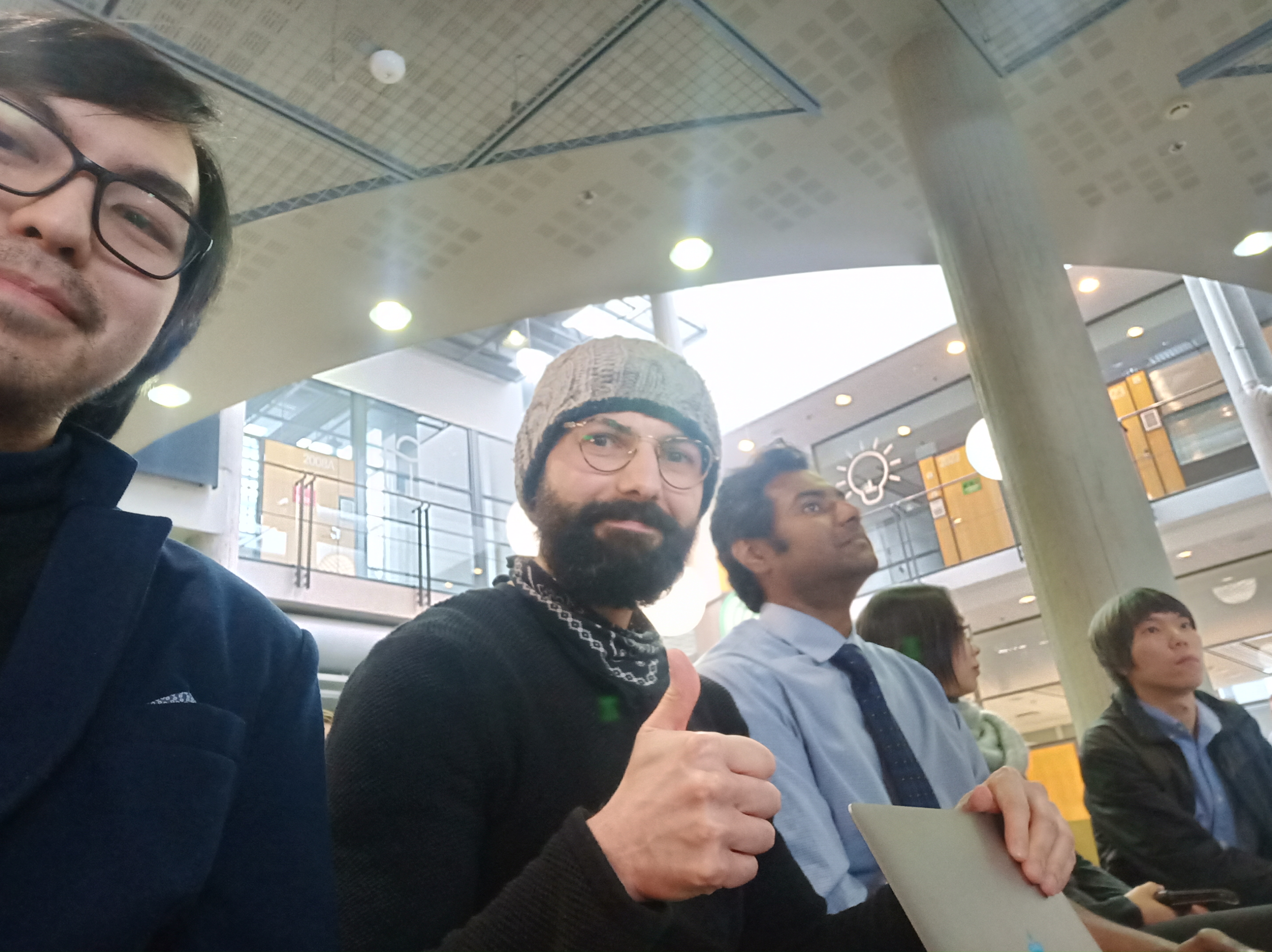 anxiously watiting for the judges’ decision

In the end, after went through all teams’ pitches and Q&As, the judges discussed and decided the winner. We put our hopes high, however the luck was not on our team’s side on that moment. Facing the judges’ decision, we gathered and evaluated briefly on what had gone wrong and what can be improved. Nonetheless, we were glad that we had done our best. At least we had won some prizes if considering that we got the travel and accommodation fee reimbursement. So, we went home to Stockholm with our heads held high. We fixed our eyes to similar upcoming events. 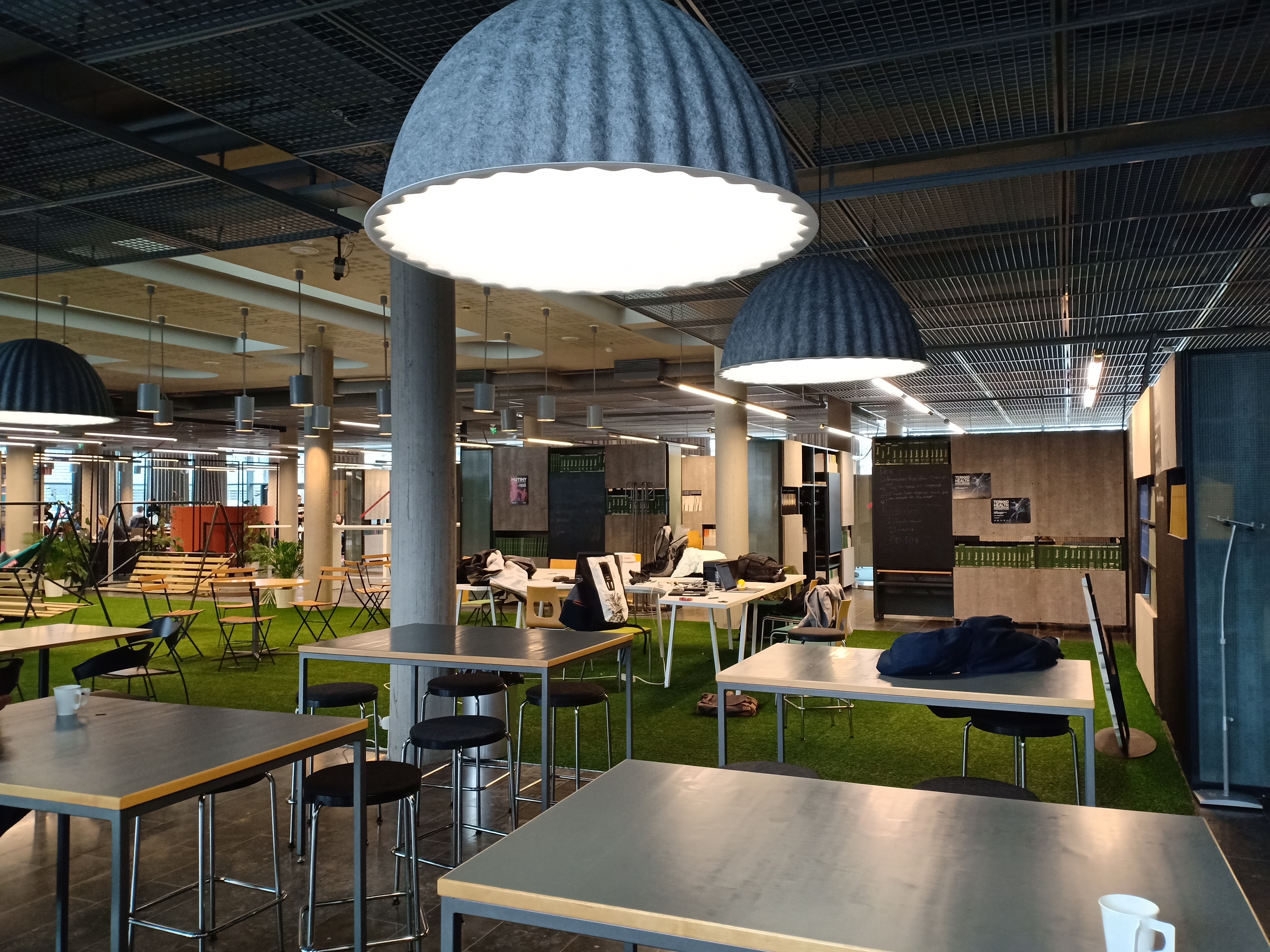 Thank you if you have been supporting us during the event. I also want to hear your experiences of participating in an international competition during your study. Feel free to write it in the comment section below.

Time flies so fast! It was September just yesterday, and look where we are right now. To all of you reading this, I wish you a happy new year 2023. […]

Living abroad gives us opportunities to explore the country during every season. Autumn and winter in Sweden were amazing. The months were super busy but also satisfying. Here is an […]